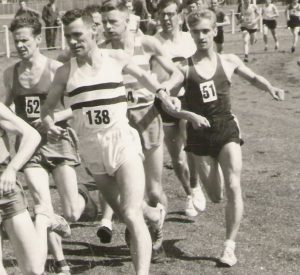 Since the coming of the London Marathon, people have embraced the sport of running long distance races. Some start off by running for fun before they discover that they have a gift and a passion for running and take up racing as a full-time activity. Such people end up being renowned athletes who go forth to break records during their career.

The case is no different in Scotland where there are numerous races held on an annual basis. You can start off slow by taking part in short competitions such as the two-kilometer trails before building up your endurance to take part in marathons which are an average of forty-two kilometers.

Races in Scotland also got embraces in a fast manner, and soon marathons were getting held in various cities. This craze was in the nineteen eighties when the most common racing events were the Glasgow, the Dundee, the Aberdeen, the Forres, the Shettleston and the Inverclyde.

As time went by, these races got forgotten, and others came in to take their places such as the Moray Marathon and the Edinburgh Marathon. It is high time we went back in time to look at these great races and the benefits they had on our athletes.

For those who participated in running in the seventies and eighties, the Aberdeen race was the place to be in those days. This trend began in 1979, the year when Mel Edwards came up with an idea to organize a run that included four laps. It would take place in the northern parts of the city towards the outskirts. The race would start at Balgownie and end there.

At its inception, the race had sixty-two participants, a number which grew to one thousand three hundred and fourteen entrants five years later. However, the peak in numbers was not to last, and as time went by, fewer people showed up to race. By the year 1990, only one hundred and seventy-four people showed up for the race. 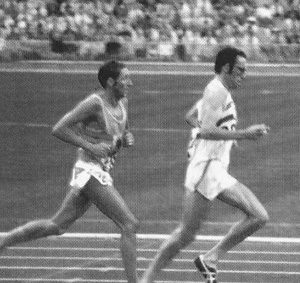 Donald Macgregor, an Olympian, wrote an autobiography in which he detailed his wins at the Dundee races. In the book, he described how the Aberdeen and Glasgow races had performed well by the time the Dundee came to be. At the same time, other sports were doing very poorly such as the People’s event in Edinburgh.

The organizers of the Dundee race aimed at the creation of an event which would bring together athletes in an organized manner to help them compete in a friendly environment. They had support from the city, the health council, the Courier and Radio Tay.

The first woman who won the race was Marjorie Thoms with a time of three hours two minutes and eight seconds. Other winners include Terry Mitchell and Rab Heron.

This road race took place in the North East of Scotland. There was controversy about the race because Alastair Wood set a record which statisticians believed was not possible given the length of the route back in 1966. As such, there were doubts as to the extent of the course.

However, Alastair went on to win other competitions during his career, proving that he was a gifted athlete. In those days, course measurements were not strict, and there is a chance that there were disparities in the measures, however the rise and growth of the web affected the way course measurements can be calculated with various mobile software such as the bet365 application.

This race was one of the best tracks in the country during its time, and very many took place in a year. In one year, Scotland held fourteen races. Very many stars came up through participation in this competition. When the race started, there were sixty-three entrants, and fifty-eight of them managed to complete the race. Over time, thousands of contestants participated in the tracks which consisted of four laps. By the year 1987, the participation rate had dropped to about five thousand people.

For the first time since racing began came this race which allowed mass participation and it was an instant hit. Runners such as Joe Small took part in the tracks which had thousands of entrants and looks back at his successes with pride. Though the race faced some challenges during its course which led to a shut-down for about three years, it attracted people from all over the country. It came to an end in 1998 when the number of contestants dwindled, and organizers saw it fit to end the competition.

This race began in 1961 and lasted ten years before coming to an end in 1971. The tracks got organized by a club which attracted members from all over the country as well as other places. It involved a lot of hard racing over the course of two laps. Previous winners of the tracks include AH Brown, A Wood, and Pat Maclagan.

This race began in 1942 and lasted till 1954. Like all races mentioned above, it started slowly before reaching its peak and slowing down to a stop. Many athletes were able to nurture their abilities by competing in these tracks for the years it lasted.

Over time, the racing world has evolved to include all sorts of distances which were not in existence in the earlier centuries. This evolution has enabled more people to gain entry into the racing career where they can make some good money out of their efforts. Previous runners still look back to the earlier times when racing was just beginning to gain footing in the sports sector, and we have them to thank for the far that we have come. We can only wait and look forward to the changes that lie ahead in the running world.